Monitoring with Dolphin TCD prior, during and after the TCAR Procedure

Transcarotid Artery Revascularization (TCAR) is a clinically proven treatment option for carotid artery disease. The procedure begins with a small incision made just above the collarbone to allow access to the carotid artery. A sheath (Shunt-a hollow tube) is then placed in the carotid artery. To protect the brain from debris during the procedure, a circuit outside the body directs the blood flow away from the brain and safely back into a vein in the leg. This is called “reverse flow” and allows your physician to place a stent (an expandable mesh tube) at the site of the disease for long-term plaque stabilization and stroke prevention. 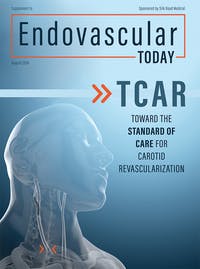 During the TCAR procedure the blood flow in the brain is supposed to reverse to supply flow to the ipsilateral side of the brain having the TCAR procedure. It is a well-established fact that only 20 to 25% of the populace has a complete circle of Willis. In fact, some articles state that more than 50% of the populace has intercranial posterior vascular hypoplasia. Intracranial Posterior vascular hypoplasia means that the posterior part of the brains vascular system is underdeveloped. This underdeveloped vascular system may not be capable of suppling additional flow to the brain when the shunt for the TCAR procedure is in place. This can cause significant short and or long-term issues for patient.

To help prevent complications during the procedure we need to monitor the intercranial blood flow during the TCAR procedure. This is easily done with the Dolphin XF Bilateral Robotic TCD headset attached to the Dolphin TCD machine. The headset can be fitted and placed by the Vascular Technologist and monitored by the Technologist, the Anesthesiologist, or the Nurse Anesthetist. During the procedure we want to verify that the flow in the ipsilateral Middle Cerebral Artery (MCA) reversed direction and that the velocity in both MCA’s is adequate. We also want to document all High Intensity Transients Signals (HITS) that may occur. If HITS occur the interventionalist can modify the TCAR procedure to possibly prevent more HITS from occurring and possibly administer pharmacological agents to prevent long lasting effects from possible intercranial emboli. 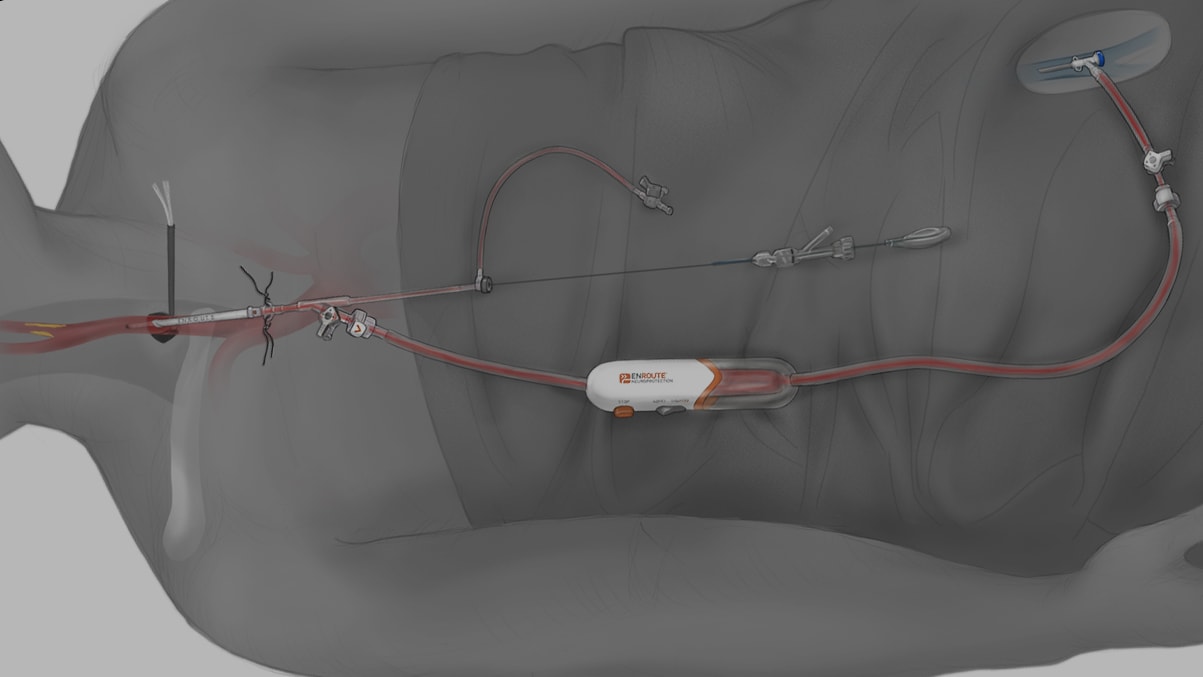 The Interventionalist should request Immediate post interventional monitoring with the Dolphin TCD machine. The TCD is used to verify the brain is responding well to the increased flow from revascularization and verify we are not seeing any HITS that could be emboli traveling through the intercranial vessels. If an emboli lodges in a vessel it can cause a stroke or death. If the cerebral vessels due not autoregulate the flow properly after intervention it can lead to cerebral hyperperfusion which can lead to stroke or death as well.

If a facility is not performing TCD on patients undergoing TCAR they are putting the patient at risk and risk opening their institution to possible legal action.